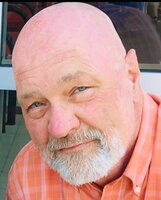 Robert Paul Crawford, 66, of Mount Pleasant passed away on December 7, 2021. He was born on March 6, 1955, a son of the late Paul Crawford and Mary Catherine Whisdosh Crawford. Robert was a long time employee of Levin Furniture for 25 years, and most recently worked for DMJ Transportation. He was an active member of both the Slovak and Calumet Social Clubs and was a huge Mopar car and Harley Davidson enthusiast. He is survived by his wife of 44 years, Kristin (Maricondia) Crawford, his daughter Carrie Nass and husband Brandan of Monrovia, Maryland, daughter Katie Hisker and husband Tom of Jeannette, as well as his furry companion, Ruby. He will be greatly missed by his adoring grandchildren, Rylee Madison Nass, Dylan Robert Nass, Grant Thomas Hisker, Mason Robert Hisker and many nieces and nephews. He is also survived by his brother David Crawford and wife Michaelle of Kecksburg. Friends and family will be received from 2:00-4:00 pm and 6:00-8:00 pm on Friday December 10 and an additional viewing will be offered from 9:00-10:00 am on Saturday December 11 at JAY A. HOFFER Funeral Home in Norvelt. Robert’s funeral service will be on Saturday December 11 at 11:00 am at Visitation Catholic Church in Mount Pleasant.