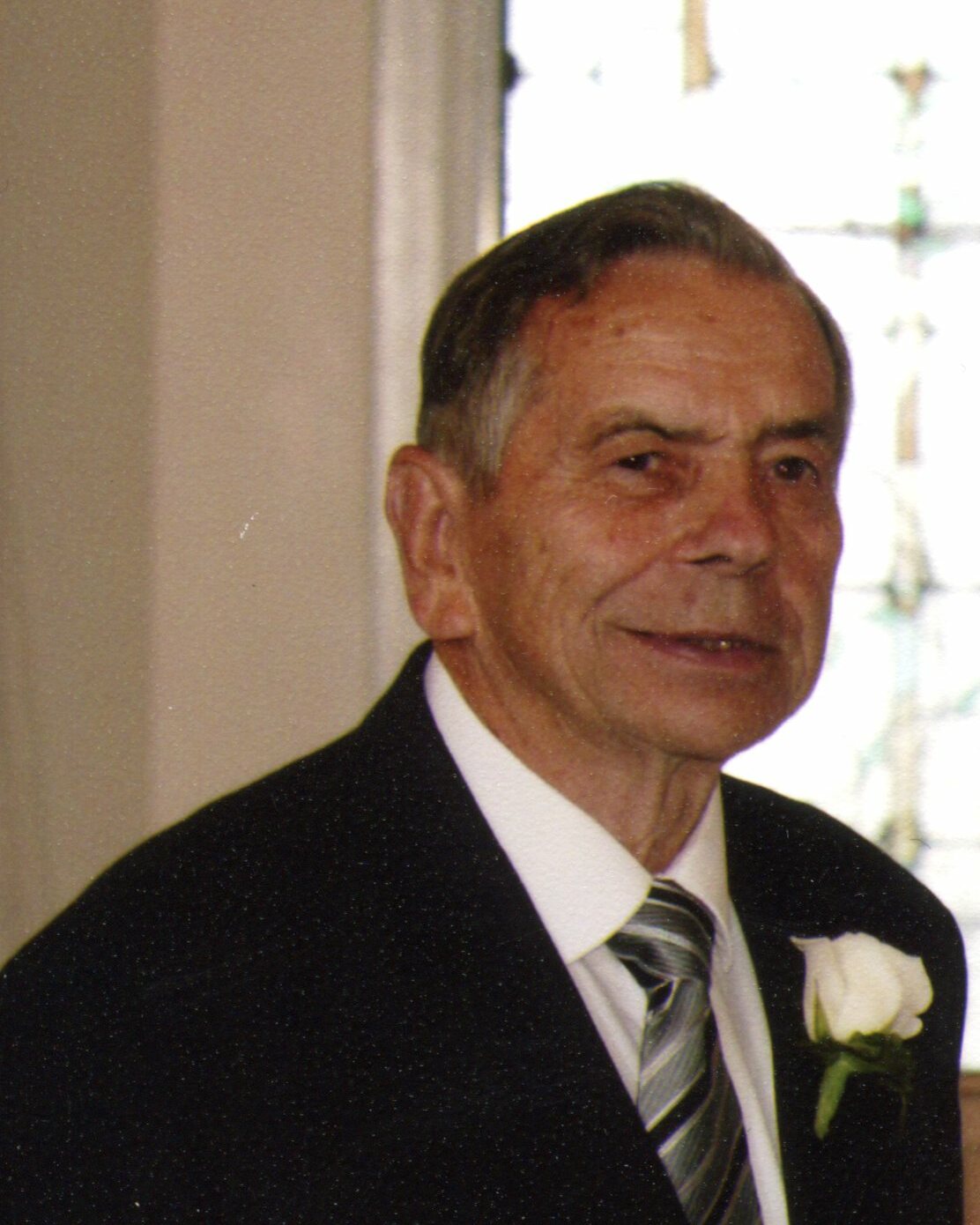 William (Bill) M. Sullenberger, 93 of Irwin, PA, passed away Saturday, September 10, 2022, less than 24 hours prior to his wife's passing, at Ligonier Bethlen Home, with family at his side. Bill was born on March 16, 1929, in Bullskin Twp, the son of the late Charles and Anna (Dullinger) Sullenberger.Bill was a member of the St. Nicholas Byzantine Catholic Church, the Moose Lodge, and the Carpenters’ Union. Prior to retirement, Bill was a union carpenter for Jendoco Construction Corp. He served in the army during the Korean War. He was a lifelong fan of the Steelers, Pirates and Penguins. He enjoyed gardening, birdwatching and giving tractor rides to his children and grandchildren, as well as hunting and fishing with his brother-in-law. Bill treasured his family’s annual vacations throughout the U.S. and Canada. Bill was a master craftsman and built the home he and his wife would live in for most of their 67 years of marriage and where he welcomed family and friends. Bill also built his children’s homes. Besides his parents, he is preceded in death by his dearly missed son Kevin; brothers Frank and Clyde Sullenberger; sisters Irene Tlumac, Bessie Stouffer, Mildred Coughenour, Elizabeth Sheppard, Leola Lowrey, and Leora Sullenberger.Bill is survived by his children; Geralyn (Dan) Clevenger of Homer City, PA; Greg (Lisa) Sullenberger of Ligonier, PA; and Janet Trautman of Hershey, PA; daughter-in-law, Tamara Sullenberger,Irwin,PA; sister Yvonne Tiger of Tarrs,PA; grandchildren Andrew (Nicole) and Jessica Clevenger, Adam and Jordan Sullenberger, Braden and Beckett Sullenberger,Eva Trautman, and great granddaughter Lucy Clevenger.Bill will be laid to rest from the Jay A. Hoffer Funeral Home, 2245 Mt. Pleasant Road, Norvelt. Visiting hours are 6-8 pm Wednesday, September 21 and 10-11 am, Thursday, September 22. Transfer prayers by Reverend Regis J. Dusecina are at 11 am, Thursday, September 22 in the funeral home followed by his Interment at St. Mary’s Cemetery, Trauger, PA. with Military Rights accorded by the Armbrust Veterans Association.In lieu of flowers, memorial contributions may be made to the St. Nicholas Byzantine Catholic Church, 624 E. Pittsburgh, St., Greensburg, PA 15601.Online condolences may be made at www.hofferfuneralhome.com