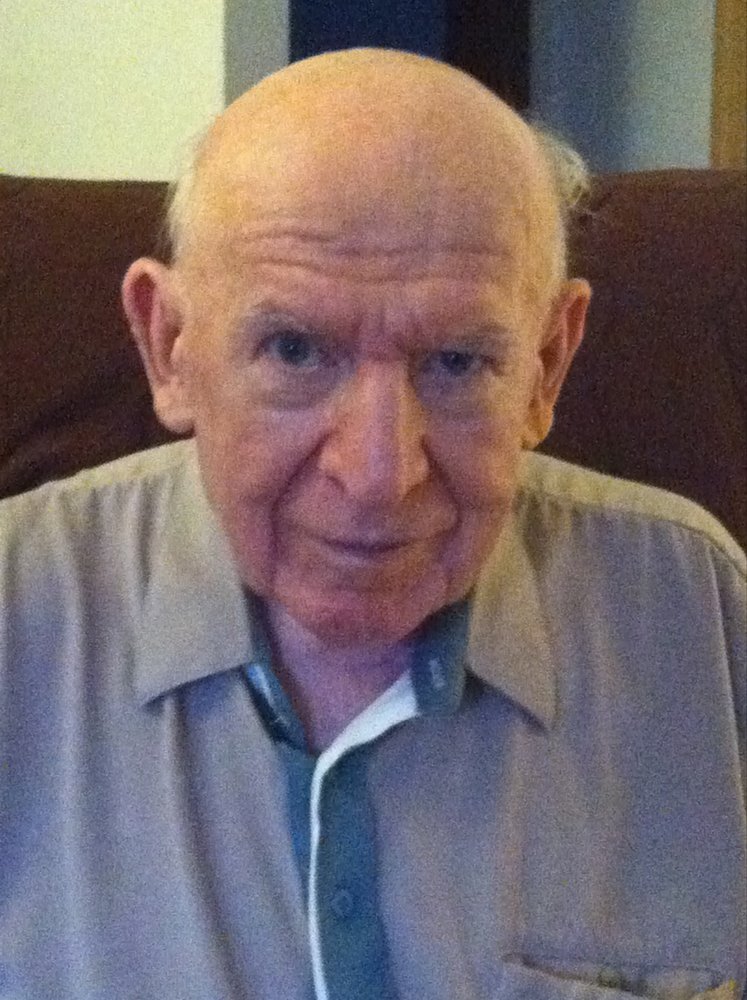 Return to Jay A. Hoffer Funeral Home
Plant a tree in memory of Joseph
Obituary
Share / Subscribe to this tribute
Share Obituary:
Plant a Tree
Print

Please share a memory of Joseph to include in a keepsake book for family and friends.
View Tribute Book
Joseph Thomas Dlugos, age 94, from Mammoth Pennsylvania, died in his sleep at home, October 28th, 2020. Joseph was born in Mount Pleasant, Pa. to Veronica and John Dlugos on September 20th,1926. He attended Hurst High School but left to join the army during World War II where he served in the Pacific. He married Margaret Marie Stas April 19th,1952 at St Cecilia’s Church in Whitney Pa. After having four children, he earned his GED with the second highest score in the state of Pennsylvania. He retired from the former Vulcan Mold and Iron Company, Latrobe Pa. He served as treasurer of the Jednota Branch #199. He was a member of the Trent Sportsmans Club, and the Unity Township Post #982 American Legion. Family was everything to Joseph. He was an avid fisherman with his son Donald, grandchildren and great grandchildren. He is survived by his children Donald Joseph Dlugos and his wife Karen, Joan Lucy Komoroski and her husband Vert, Kathleen Mendus Dlugos and her husband Kreg, Rita Anne Dorrell and husband Clive. His grandchildren Robert, Joseph, Jennifer, Matthew and Julie, Angela, Patrick, Robert and Joseph. He had 19 great grandchildren. He was a long time devout member of St. Florian Church in United Pa. He is also survived by his sisters Margaret Appleby and Patricia Harmuth and brother Edward Dlugos and sister-in-Law Theresa Stas, and multiple nieces and nephews. He will truly be missed by all. His five year old great-grand son Charlie said it best, that “Great pap is the strongest man I know, he has Old Man Might.” A private viewing will be held in Jay A Hoffer Funeral Home, Norvelt followed by a private funeral mass at St. Florian Church, United Pa. Friday, October 30. Memorial donations may be made to St. Jude’s Children’s Research Hospital, 262 Danny Thomas Place, Memphis, TN 38105 https://www.stjude.org/donate/pm.html?sc_cid=feed-link or St. Florian’s Church, P.O. Box 187, United, PA 15689 The family wishes to extend their gratitude to Joseph’s loving caregivers, Granddaughter Jennifer Detwiler, and Cecilia Lyons, Renee Gumbita, Lindsay and Leigha Pehrson. Also to Father John Sedlak of St. Florian Church for his kindness and compassion and Sandy Hoffer for her ever-respectful management at this time of our loss.
To plant a beautiful memorial tree in memory of Joseph Dlugos, please visit our Tree Store

A Memorial Tree was planted for Joseph
We are deeply sorry for your loss ~ the staff at Jay A. Hoffer Funeral Home
Join in honoring their life - plant a memorial tree
Online Memory & Photo Sharing Event
Online Event
About this Event

Look inside to read what others have shared
Family and friends are coming together online to create a special keepsake. Every memory left on the online obituary will be automatically included in this book.
View Tribute Book
Services for Joseph Dlugos
There are no events scheduled. You can still show your support by planting a tree in memory of Joseph Dlugos.
Plant a tree in memory of Joseph
Share A Memory
Plant a Tree