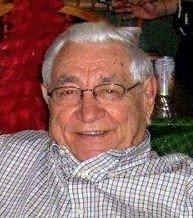 Return to Jay A. Hoffer Funeral Home
Plant a tree in memory of Michael
Obituary
Share / Subscribe to this tribute
Share Obituary:
Plant a Tree
Print

Please share a memory of Michael to include in a keepsake book for family and friends.
View Tribute Book
Michael Joseph Hudak, 89, born on November 14, 1930, of Norvelt, PA, passed peacefully into heaven on Monday, October 26th, 2020 in the Flagler Hospital, St. Augustine, Florida, surrounded by his loving family. Prior to his passing, Mike had attended the wedding of his grand-daughter Rachel Ferlin (Hudak) and spent his last days in St. Augustine celebrating with family and friends, all of whom were very dear to him. Mike was the beloved son of Michael and Ethel (Nagy) Hudak. In addition to his parents, he was preceded in death by his loving sisters Mary Chelan (Frank) and Ethel Stas (John-Jumbo). He was also preceded in death by his loving brothers Andrew Hudak and Steve Hudak. Mike was the last living member of his family. He proudly lived in Norvelt, D-Section for 85 years. The Hudak family was one of the original Homesteaders. Mike is survived by the love of his life, Phyllis Kocinski who also grew up and lived in Norvelt, D-Section. They were married on January 24th, 1952. He dearly loved and cherished her for nearly 69 years, a marriage filled with happiness and joy. Together they raised five children, Michael J. Hudak, Jr (Ann), Williamsport, PA, Kathleen A. Hudak, Theresa M. Hudak, Susan A. Snyder (Greg Golkosky), Kecksburg, and Sandra M. Etling (Scott), Latrobe. His daughters Kathy and Theresa preceded him in death and greeted him in heaven on Monday, along with his three grandsons Michael, Joseph, and David. Mike was a beloved Pappap and is survived by his grandchildren, Sara Hudak, Rachel Ferlin (Joe), Katie Etling (Mike Murray), Abbey Etling, Kelsey Semnisky (Logan), and Jake Etling. He is also survived by his great-grandson Myles Murray. He loved all his children and grandchildren deeply and was very proud of each and everyone of them. He is also survived by his sister-in-law Maryann Vasinko and numerous nieces and nephews. Family was very important to Mike. He really enjoyed talking about his family and made everyone in his family feel very special and important. Mike graduated from the old Hurst High School in 1948. Immediately after high school, he apprenticed with his Uncle Alex Nagy, an electrical engineer, and became a certified electrician. Mike and his uncle wired many local businesses and homes. Mike served his country as a Corporal in the U.S. Army during the Korean conflict. He served in Germany and while there had the opportunity to play on the baseball team as a catcher. Upon his return from the war, he became a celebrated catcher among the local leagues, along with his favorite pitcher, Ed Kissell. Mike was a lifelong member of the former Forty Martyrs Roman Catholic church where he served in leadership positions on the church counsel, was a member of the Holy Name Society and was a lector. Mike’s father literally helped build the Forty Martyrs Church. Mike followed in his Dad’s footsteps and wired the addition to the church. After Forty Martyrs closed, Mike joined and faithfully attended St. Florian Church where, as a child he had attended St. Florian Catholic Grade School. He had a profound faith and love of God, which he lived everyday as an example to his family and friends. Mike was a lifetime member of the United Slavonic Club, an organization which his Dad also helped found and build. He served as the Club’s treasurer for over 40 years and made many friends and happy memories. He was also a member of the VFW, Mt. Pleasant and the Amvets of United. Mike worked as a supervisor at Westinghouse in Youngwood and later transferred to the East Pittsburgh plant. He retired from Westinghouse after 35 years of dedicated hard work. After retirement, Mike enjoyed playing golf in the United Club golf league, spending time with Phyllis and his family and lending a helping hand to all that asked. Mike and Phyllis especially had fun traveling and enjoyed many successful, and some not so successful, casino trips. Mike held his family and friends very close to his heart. Mike will always be remembered as a loving and caring husband, a tremendous father, and a very loving Pap pap. He was a giving, loyal and dependable friend, who was an absolute joy to be around. He will be dearly missed. Arrangements are being handled by Sandy Hoffer at Hoffer Funeral Home in Norvelt. View will be private. Arrangements are being handled by Sandy Hoffer at HOFFER FUNERAL HOME in Norvelt. Viewing will be private. There will be a funeral Mass to celebrate Mike's life at St. Florian Church, with Father John A. Sedlak, celebrant, at a time to be announced. Updated:Family and friends are welcome from 2 to 4 p.m. Sunday in the JAY A. HOFFER FUNERAL HOME, Norvelt. Transfer prayers will be at 10 a.m. Monday in the funeral home, with Father John A. Sedlak, followed by his interment in Forty Martyrs Cemetery, Trauger, where he will be laid to rest with full military rites accorded by Armbrust Veterans Association. Due to covid-19, his funeral Mass will take place at a later date.
To plant a beautiful memorial tree in memory of Michael Hudak, please visit our Tree Store

A Memorial Tree was planted for Michael
We are deeply sorry for your loss ~ the staff at Jay A. Hoffer Funeral Home
Join in honoring their life - plant a memorial tree
Online Memory & Photo Sharing Event
Online Event
About this Event

Look inside to read what others have shared
Family and friends are coming together online to create a special keepsake. Every memory left on the online obituary will be automatically included in this book.
View Tribute Book
Services for Michael Hudak
There are no events scheduled. You can still show your support by planting a tree in memory of Michael Hudak.
Plant a tree in memory of Michael
Share A Memory
Plant a Tree