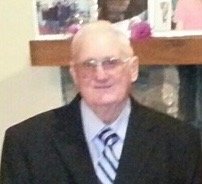 Return to Jay A. Hoffer Funeral Home
Plant a tree in memory of Herbert
Obituary
Share / Subscribe to this tribute
Share Obituary:
Plant a Tree
Print

Please share a memory of Herbert to include in a keepsake book for family and friends.
View Tribute Book
Herbert W. Ohler Sr., 88, of Southwest, passed away Monday, Nov. 9, 2020. Born Feb. 3, 1932, he was the son of the late Addison and Elizabeth (Bassinger) Ohler. Herbert was preceded in death by his wife, Kathleen (Anthony) Ohler; and two sisters, Ruth Hart and Shirley Arbasak. He enjoyed hunting, fishing and trapping, Herbert was a lifetime member of the Hecla Fire Department, East Huntingdon Sportsman Club and Hecla Slovak Sportsman Club. He is survived by two sons, Herbert Jr. (Jacquelina) Ohler and Ronald (Rebecca) Ohler. He is survived by six grandchildren, Nicholas Ohler, Kera Ohler, Bryan Lee, Patrick (Taylor) Hiles, Jacob Hiles and Hollie Hiles; and two great-grandchildren, Naomi and Kobi Hiles. A graveside service will be held at 11 a.m. Thursday at Mt. Pleasant Cemetery, with Doug Johnson officiating. Mr. Ohler is in the care of JAY A. HOFFER FUNERAL HOME, Norvelt.
To plant a beautiful memorial tree in memory of Herbert Ohler, please visit our Tree Store

A Memorial Tree was planted for Herbert
We are deeply sorry for your loss ~ the staff at Jay A. Hoffer Funeral Home
Join in honoring their life - plant a memorial tree
Online Memory & Photo Sharing Event
Online Event
About this Event

Look inside to read what others have shared
Family and friends are coming together online to create a special keepsake. Every memory left on the online obituary will be automatically included in this book.
View Tribute Book
Services for Herbert Ohler
There are no events scheduled. You can still show your support by planting a tree in memory of Herbert Ohler.
Plant a tree in memory of Herbert
Share A Memory
Plant a Tree