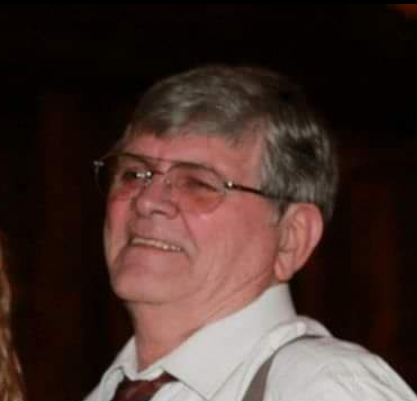 Return to Jay A. Hoffer Funeral Home
Plant a tree in memory of Wesley
Obituary
Share / Subscribe to this tribute
Share Obituary:
Plant a Tree
Print

Obituary of Wesley B Gales

Please share a memory of Wesley to include in a keepsake book for family and friends.
View Tribute Book
Wesley B. Gales, 84, of Jeannette, passed away Tuesday, Dec. 21, 2021, surrounded by his loved ones. He was born Nov. 11, 1937, to the late Wesley B. and Blanche (Ellis) Gales. He would have graduated from Rostraver High, Class of '55, but joined the Navy and obtained his GED while serving his country as a Korean War veteran. Wes was a "jack of all trades." He was a licensed beautician for many years, moving on to work as a laborer out of Local 1451, in Latrobe. His favorite job was driving truck cross-country for numerous companies, retiring from Laurel Foam in Derry. In his younger days, he enjoyed riding his motorcycle and playing softball. Later, he enjoyed attending Blue Grass Festivals and traveling the country in the motor home with his wife, deep sea fishing, hunting and spending time with loved ones. As a self-taught machinist, carpenter and constantly learning new trades, he was happiest when working with his hands, doing odd jobs, big or small for family and friends. In addition to his parents, Wesley was preceded in death by a daughter, Carolyn R. Gales (48). Wesley is survived by his loving wife, best friend and soul mate, Audrey (Stefl) Gales, of 53 years. Also surviving are a daughter, Catherine (Dwight) Galley, of Jeannette, a granddaughter, Charlene Gales (whom we call Charlie), of Rostraver Township, and a dear friend, Betty Lou Alcorn, of Greensburg (whom we considered to be like an adopted daughter). Wesley is also survived by many brothers and sisters-in-law plus numerous nieces and nephews. He is also survived by the following, whereabouts unknown: a son and daughter, Wesley and Yvonne Gales, half-brothers and sisters, Tom, Tim, Carol and Barbara Gales. Upon his request, there will be no visitation or funeral. A memorial service celebrating his life will be held at a later date.
To plant a beautiful memorial tree in memory of Wesley Gales, please visit our Tree Store

A Memorial Tree was planted for Wesley
We are deeply sorry for your loss ~ the staff at Jay A. Hoffer Funeral Home
Join in honoring their life - plant a memorial tree
Online Memory & Photo Sharing Event
Online Event
About this Event

Look inside to read what others have shared
Family and friends are coming together online to create a special keepsake. Every memory left on the online obituary will be automatically included in this book.
View Tribute Book
Services for Wesley Gales
There are no events scheduled. You can still show your support by planting a tree in memory of Wesley Gales.
Plant a tree in memory of Wesley
Share A Memory
Plant a Tree